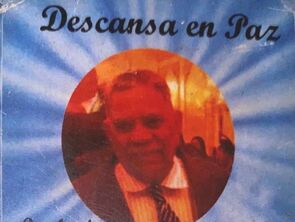 A Time to Grieve

My experience of Covid was like a roller coaster ride, like El Toro, a very sketchy quake feeling, a lot of inclines and declines, but at the end of the ride it was worth the distress. It brings out the daredevil in you and it makes you more open minded for the next trial.

​The reason why I say my experience had a quake feeling was because during the pandemic there were times when I wouldn’t be able to stand up on my own two feet because I couldn’t bear the thought of losing someone so close to me. And for the sketchy feeling it was more of an anxious feeling because during the pandemic I would stay in my room throughout the majority of the day and would only leave the room for my needs and wants like food and to shower for the most part.
​
Even so there have been some memorable moments during all this madness. Recently I've been going out more with friends and doing thing that make me avoid falling into that deep hole of overthinking, and going through the stages of grief. I learned that “grief comes in two episodes, the first is the loss, and the second is the build up.” One of my new friends told me this while we were skating, and while speaking with him we spoke on many different topics and agendas that made me open minded. For example we  spoke on stocks, investing and also how to build up from that and start looking into real estate, buying properties and flipping properties, ways of being your own boss. That's why I brought up the point of there being inclines and declines during all this chaos.

There also have been some dreadful times during the pandemic and the one that hit home was when I lost the only man that would check up on me constantly making sure I was doing what I had to do to succeed. He was such an impactful person. He was full of joy. I just can’t forget how astounding he was.
​
Some day before the pandemic, I don’t remember the exact date, but I would never forget the conversation I had with my old man. It was dark out and my father and I were on our way back home from his job. My dad and my grandpa would always talk on the phone at night so this one time he asked for me while I was in the car, so I spoke up. We started talking, and the words that came out his mouth that day felt like we were speaking a whole different language. The words he told me that night went just like this: “son, all I want from you is for you to be successful. You are a smart, loving, and such an outstanding person just stay true to yourself and don’t let anyone else tell you otherwise."
next
HOME
Personal Essay