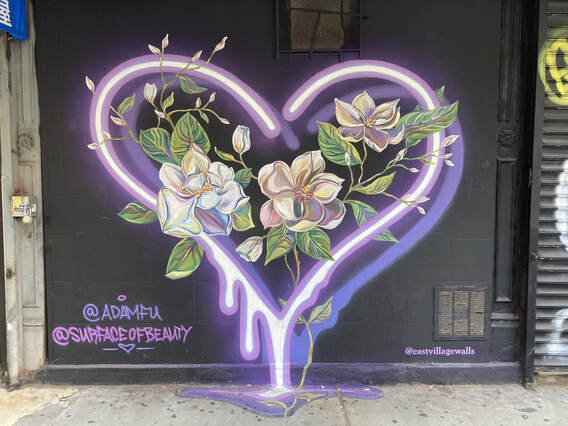 Her name was Mariana O. She was a family friend for almost a decade but I had not heard of her until a couple years ago. I believe the first time I saw her was when I was 13. This woman stood at about 5’1” and weighed a fair amount. I would not see her regularly, but whenever I had the opportunity to, she would always greet me with the warmest smile and a hug. Each time I saw her without my mother present, it would be out on the street as she carried some heavy groceries. And, every time, I would help her carry them to her apartment. Her hospitality made me feel like I owed it to her to pay her back through some of my own hospitality. She reminded me of my grandmother, so it felt right to treat her somewhat like my grandmother. She just seemed like an overall amazing person in my eyes, but to the rest of my family, not so much.

A  couple of months before she passed, I found out that she owed us a great amount of money. Now, that doesn’t mean that it changed the way that I looked at her, but it made me think if maybe her hospitality was because she owed it to us, not out of genuine thoughtfulness. She would bring us some milk and some apples late at night and I would go downstairs to receive it. And there would always be an envelope that she would hand me and I would think nothing of it because she would tell me to give it to my mom. We would say our goodbyes and that would be it. This would happen like twice a month, but it was still nice to receive. After I found out about her debt, it made me reflect that maybe it was all because she owed us. It confused me.

​The next encounter that I had with her after finding out the news of her debt was when we both took the bus. I was on my way to my high school and she was on her way to work. We conversed and she told me stories about her past and she told me how I should respect everybody I ever meet and how it is essential to remain a happy person in life. We were practically passing time by her giving me advice. When it was time for us to part ways she gave me a big hug and exited the bus. I enjoyed our time together and immediately wondered when the next time I would see her.

Then came the pandemic and it slowed everything down. I was not having the best time of my life because I started to feel sad. I was supposed to start my business in March of last year, but that was just when they started to shut down everything in New York City. So I forgot about the woman because my family’s health then became my priority. Months later, around December, I found out from my mother that she was in the hospital with Covid. When I found out about it I wasn’t in the mood for talking for the rest of the night. I didn’t feel sad at the moment because when someone is in pain or going through a tough time I love to believe that being optimistic is the perfect solution for that person and for those who know the person in agony. In my head I was hoping she would make it, but I knew with her pre-existing conditions, it was going to be a very difficult fight for her. I remained hopeful.

A couple nights later, when my mother came home from work, she told me that Mariana O had passed and that she left her husband. He stayed with her until she took her last breath and went back home to an abandoned home. My mind quickly reflected the memories we shared on the bus, the amount of times I offered to lift her heavy groceries to her apartment, and the hugs we shared. She owed us money, a massive amount as well, but I knew that even though she did owe us, my parents felt sullen that day. Even whilst I type this and read this, in my head it still touches home.

The woman did her best to pay off the debt she had with us and I cannot thank her enough for it. Our money is gone, no doubt about it, but I know if she was still here and had the opportunity to apologize to us for not paying us back, she would. I never thought that someone close to my family would die from Covid, let alone possibly the sweetest woman I met.  I am glad I had the chance to meet her and share some memories with her.