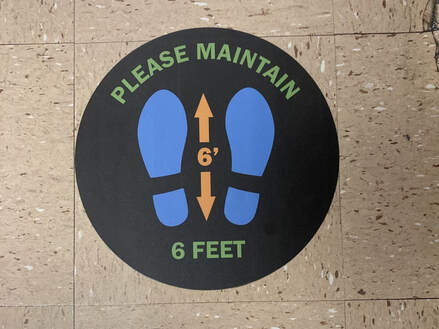 Over the course of the pandemic, I’ve made many playlists all ranging from different artists and genres, some are new songs others are ones I’ve rediscovered. In this playlist, I decided to combine my actual playlists into one showing all of the types of music I’ve listened to over the pandemic rather than one of my existing playlists. When making a playlist, normally I tend to keep all of the songs within the same vibe even if the genres are different as long as it evokes the same feelings. However, this is not really the goal of this specific playlist. Instead, I want to make a collage of all of the song vibes and aesthetics that I have listened to over the past year. I don’t necessarily need to connect with the direct subject matter to connect to the song, instead, for a lack of better words, I just feel a vibe. The songs in the playlist are songs I’ve found, continued to listen to, or revisited in the past year. So the playlist is not particularly cohesive but rather a record of some of my most listened to songs.

Music is something that has always played a key role in my life and that didn’t change over the past year. More often than not I have earbuds in and music playing so one could imagine how many playlists I go through in a year. Music has always been an escape for me in both negative and positive points in my life. Sometimes I use music to block out the outside world and to rest and give myself a moment to breathe. But then other times I use it to daydream and think about and take in everything around me without the distraction of outside noise. I’ve relied so heavily on music that my hearing is not particularly great, especially after having both earbuds in at max volume for an extended period of time. This is on me but to get the best experience I feel you simply have to listen to music  that way.
​
I would say my music taste has a very large range. I don’t pay attention to who is singing or the genre, but again, the vibe. Recently I tend to like smaller creators that are less manufactured, although I do still like mainstream music as well. In my opinion beats and the production of the song is just as, if not more, important than the lyrics themselves. You could tell me the meaning of life, but if the sound surrounding it is uninteresting or basic, I probably won’t listen or even stick around long enough to listen. This year, in particular, I’ve listened to a lot of music and unfortunately, if I were to hold them all within one playlist it would be an ungodly amount of songs. Even now after cutting out a lot of entries, It’s still pretty long.

Songs Found/Released During the Pandemic
“Rosier” by Brakence
“Sour Patch Kids” by Bryce Vine
“Twin Sized” by The Front Bottoms
“One Day” by Love Joy
“100 Bad Days” by AJR
“Swim” by Chase Atlantic
“Test Me” by Melanie Martinez
“Hayloft” by Mother Mother
“Fitzpleasure” by alt-J
“Choke” by I DON'T KNOW HOW BUT THEY FOUND ME
“Line Without a Hook” by Ricky Montgomery
“Stop Playin’” by THEY.
“Never Stratified” by CORPSE
“Two Shots” by Goody Grace
“Drugs” by UPSAHL
“Serial Killer” by Moncrieff and JUDGE
“Weddings & Funerals” by Royal & the Serpent
“911” by Elise
“FRIDAY” by 916frosty
“Daddy Issues” by The Neighbourhood
“Parents” by Yungblud

Songs I Listen to a Lot
“Lunchbox Friends” by Melanie Martinez- Whole Album K-12
“Never Be Like You” by Flume
“Habits” by Tove Lo
“Ultimately” by Khai Dreams
“Losing Control” by Russ
“Build God Then We’ll Talk” by Panic! At the Disco
“Sinner Pt. 2” by Phora
“Take me to Church” by Hozier
“Tongue Tied” by Grouplove
“3 am in London” by Ebenezer
“I’m Sorry” by Joyner Lucas
​
Songs Revisited
“Crazy B*tch” by Buckcherry
“Harakiji” By Serj Tankian
“45” by Shinedown
“Almost Easy” by Avenged Sevenfold
“Chop Suey!” by System of a Down
“Addict with a Pen” by Twenty-One Pilots
“Famous Last Words” by My Chemical Romance
“Ain’t It Fun” by Paramore
“Blood on The Leaves” by Kanye West

DJ lives in Harlem, New York. She enjoys listening to music and watching live streams. During the pandemic she has been introduced to a lot of new streamers and through them, songs to listen to.